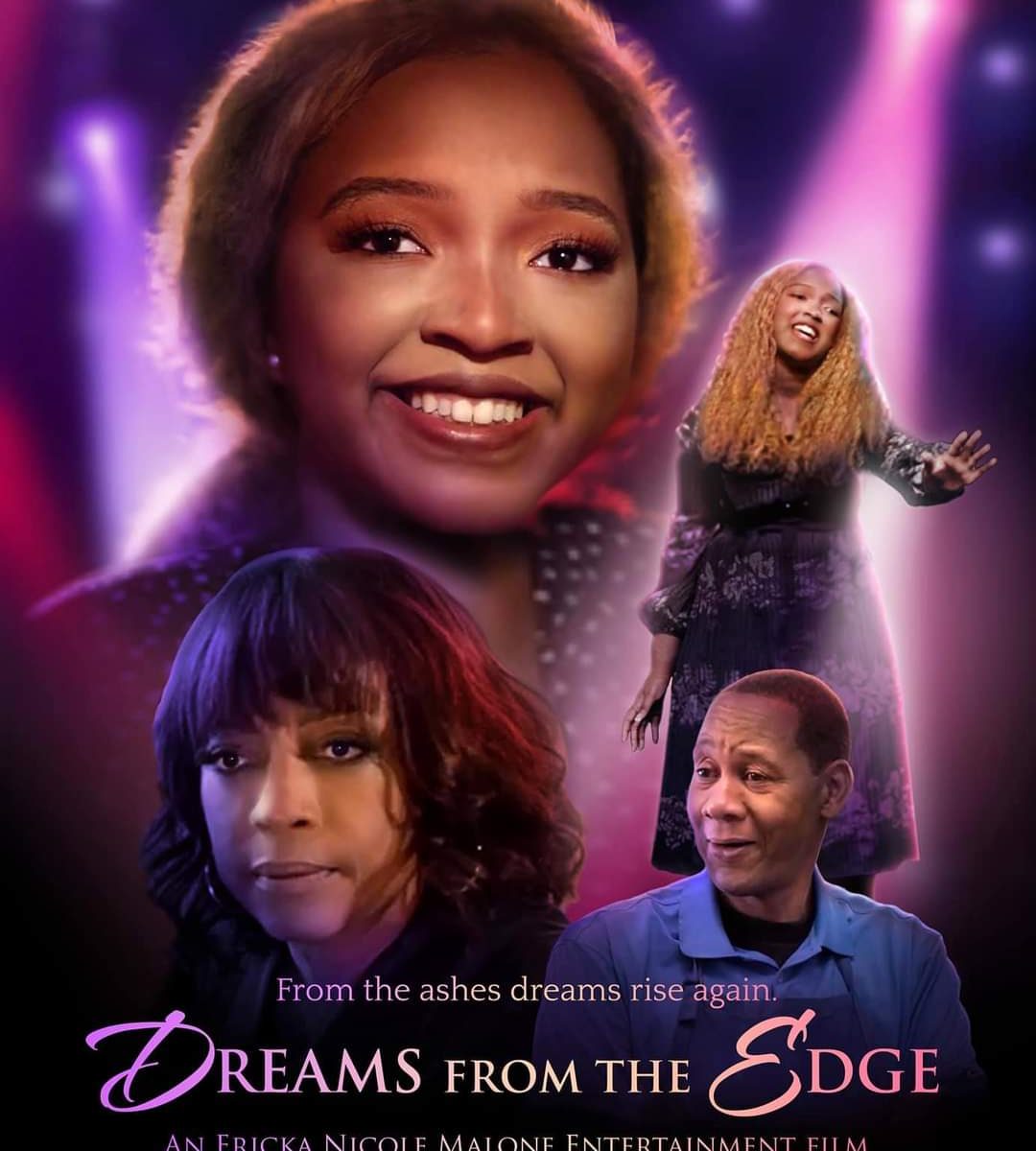 (Los Angeles, California) As we remember the significant contributions of the past during Black History Month.  In 2021, there’s businesses and people working behind the scenes to continue the legacy.

Ericka Nicole Malone Entertainment, LLC is working to bring positive images from Black actors to the big screen.  Their latest project, ‘Dream from the Edge’.  The short film tells the story of a young girl by the name of Davina, (Alexia Faith Roberts) who tries to embrace her uniqueness.  Davina sets to make it in Hollywood and follow her dreams, facing many obstacles attempting to derail her, including emotional challenges from her mother, Rose (Bernadette Stanis).  It speaks to difficulties we often face in work/life balance.

Writer, Director and Executive Producer of the short film, Ericka Nicole Malone says ‘Dream from the Edge’, is more than a young Black woman following her dream but it speaks about the inclusiveness of people who may be different but they are the very people who make our society so unique. I wanted that to be reflected in this film. With the challenges Black Americans face on a daily basis I wanted to write a story that humanizes us in a very real way. I wanted to create a story where we have dreams, we thrive, we fall, we rise, so that people could understand our lives and dreams matter. Just the history alone of the actors in this film shows that Black people in entertainment have played a vital role in this industry and helped this film come to life.’

The international short film drama also stars Mark and Bernadette Stanis.  You’ve seen both stars’ programs that shaped the stories of Black families.  Curry on ‘Hanging with Mr. Cooper’ and Stanis on ‘Good Times’.  Grammy Award winning writer producer “Printz Board” co-producer/writer of super music group, The Black Eyes Peas hit “Where Is The Love” is Music Supervisor. Dreams from the Edge’ can be seen in film festivals across the world.

To setup an interview, contact Sherlene Shanklin at VIPP Communications at sshanklin@vippcommunications.com.  To read learn more on the Ericka Nicole Malone Entertainment go to www.erickanicolemalone.com.