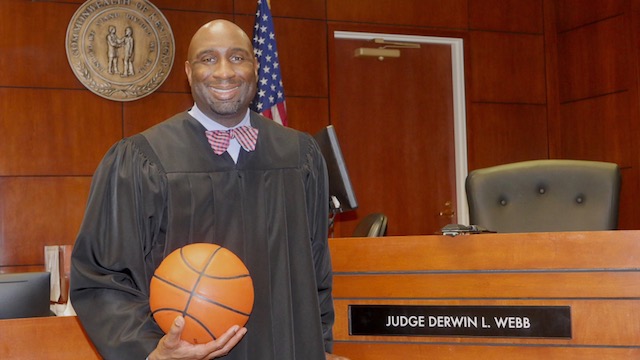 Derwin L. Webb is the first African-American male Family Court Judge in the history of the Commonwealth of Kentucky.  A first-generation attorney, was born in Indianapolis, Indiana, but later moved to Louisville where he has lived for more than twenty-five years.  He was taught that although others may be gifted in certain areas, no one should ever outwork you – words he lives by daily.

A former standout basketball player at the University of Louisville for Hall of Fame basketball coach Denny Crum, Webb was a captain his senior year, and earned the respect of his peers both on and off the basketball court.